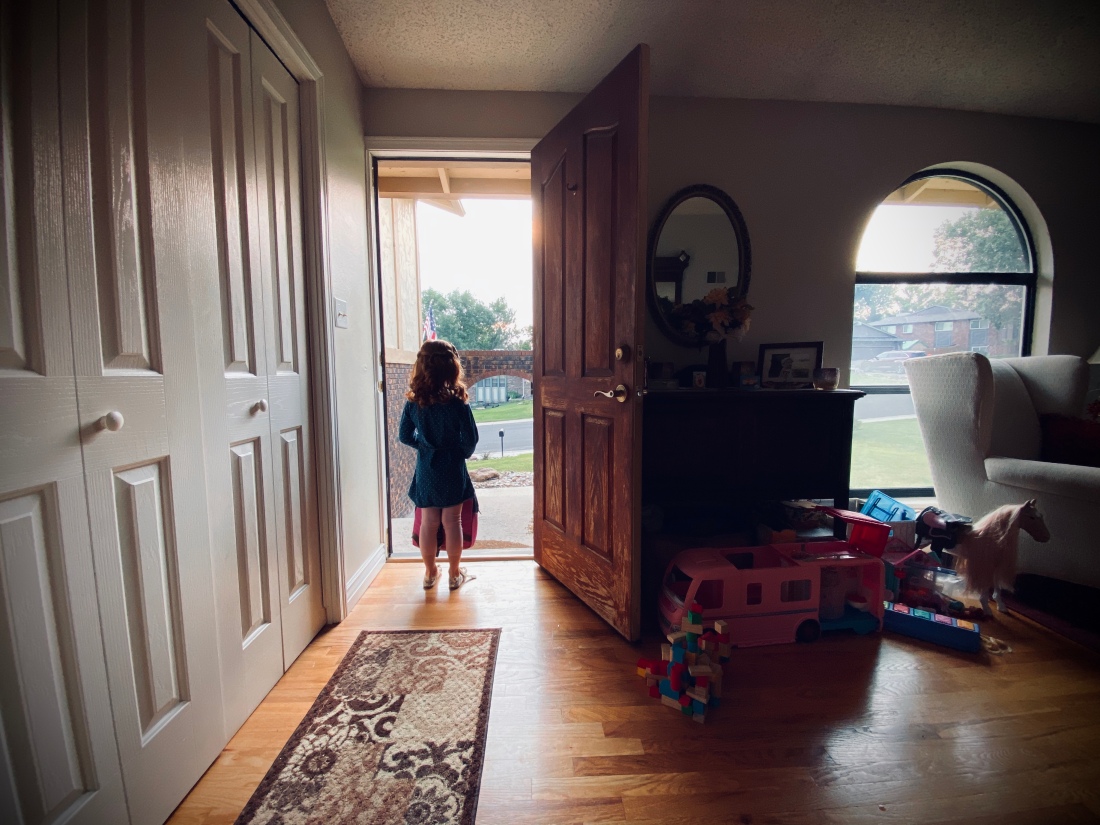 My oldest daughter started Kindergarten this week. She’d been excited all summer, up until the night before.

“I just want to stay home and be a baby a little bit longer,” she confessed.

I handed her the bottle I was using for Jo, the baby. She demurred. Being a baby doesn’t have the advantages she thinks it does.

But we talked about this transition, this pivotal episode.

I remembered my own first day of Kindergarten, as an undiagnosed autistic boy, whose precociousness and vocabulary would—my parents hoped—account for the myriad social struggles I faced at a young age.

The round, domed classroom had us all in quadrants, each in little collective groups of four, seated together under cold lights cascading harsh on muted colors.

I told Mo the story of how I wasn’t brave.

The anxiety kicked in early. I was kicked out of preschool at first, so my organized schooling always began auspiciously.

I missed my parents, my routines; the alien environment began to creep into the loose-knit fabrics of my courage and unravel them.

But there was Irene.

It must have scared the teachers too – she was soon taken out of the class.

“I never saw Irene again,” I told Mo. “I don’t what happened to her. I wasn’t the bravest in my class, and I was just as scared, but I was just a little more brave that day.”

Did I know what I was back in Kindergarten? Did anyone? No.

Did I know I’d be facing some of the first of many challenges in my autistic childhood? No.

Did I ever think I’d share this story to my own future kindergartner? No.

Was I the bravest in this new little world? Hardly.

Mo did great; she’s amazing and far better at life at 5 than I was at 10. Typical neurotypical :p

I’ve come a long way myself — where even as an autistic adult, I don’t aspire to be the most courageous. Because I can’t. Or the most daring. I’d rather not.

So what’s the next best thing, to press up against the worrisome edges of anxious moments, to extend the borders of what I can feel is possible, doable?

Being a little more brave.